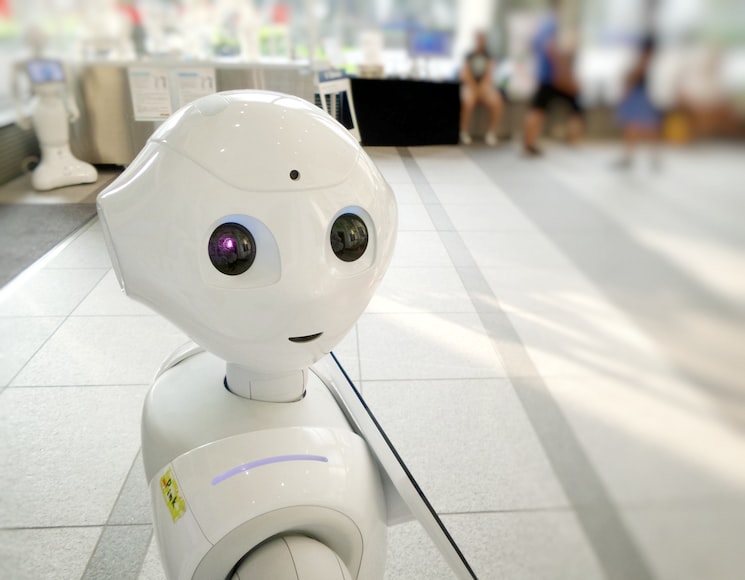 The Rise of Tech and Jobs Most Under Threat from Automation

The landscape of work is changing rapidly in developed nations around the world due mostly to the hugely transformative effect of the web, computers, and technology. However, while few would argue against the tremendous benefits tech has brought to the modern workplace (and our lives in general), we are now nearing the point where autonomous systems and robots have become so capable and intelligent that they are beginning to replace many previously human-performed roles.

The rise of artificial intelligence (AI) and machines

There’s nothing particularly new about the concept of artificial intelligence (AI) – prescient novelists have foretold of a time of smart machines and systems for many centuries. However, it’s only through the last twenty-or-so years that this science-fiction version of the future has started to become a reality.

With the massive advances made in AI systems and machine learning (ML) over recent years, we are now on the cusp of what many industry experts refer to as a fourth industrial revolution – a time when man and machine will coexist (and work) in harmony. This work revolution (often also called Industry 4.0) is heralding a new age of understanding, productivity, and efficiency – yet it’s not without its drawbacks.

The dawn of a new age of work

Robots and intelligent systems are already making a huge impact on all facets of today’s world in everything from smart email systems like Gmail to your favorite streaming platforms – systems so intelligent that they somehow ‘know’ what content to suggest to you (think Netflix, Spotify, etc.).

However, the area that is undergoing the greatest transformation through advanced tech is undoubtedly business, commerce, and employment – so much so that it’s predicted many of our currently apparently secure jobs could soon disappear altogether.

As a general rule, AI and machines are incredibly adept at performing repetitive, time-consuming tasks – just the kind of work that frequently ends up a sinkhole in terms of company resources. Indeed, they are so adept that they’re more often than not more efficient, quicker, and more accurate than human workers.

At the other end of the spectrum, computers and AI are (at this point anyway) rather limited in their capacity for original thought, creativity, and empathy – although it should be noted these skills are improving all the time.

Nonetheless, certain jobs require a human touch and decision-making talents that AI lacks – for example, working in the emergency services. Most employment experts agree that these types of roles are unlikely to be replaced by automation any time soon. So, if you want a career that offers relatively good security in the future, you could do much worse than aim for a job in these areas – for example, by enrolling in a police studies degree.

Other areas that are believed to be fairly secure in the future include work in the creative arts, programming, IT industry, healthcare, and data-oriented roles.

As mentioned above, any role that involves repetitive tasks that could be easily programmed is at huge risk from tech. However, AI is also making some intriguing inroads into roles you might have considered relatively safe. Below are just a few of the jobs that employment analysts believe are most at risk of being replaced by technology:

Bookkeeping, accounting, and data entry: The process of logging and compiling company accounts varies little from firm to firm – and much of the work is highly repetitive. With the introduction of smart accounting packages and apps, these roles are slowly becoming superfluous and can be handled very easily by tech. Modern accounting applications can let you photograph receipts, match them to records, send invoices, and log payments at the touch of a button – making the future of accountants precarious at best.

Customer service: Firms have long known the importance of looking after clients and providing the best service – but that doesn’t mean they’ve always been particularly good at it. A company’s clients are its lifeblood and probably its most important asset behind its staff. Consequently, this is not an area for taking chances. However, with advances in tech, modern customer relationship management (CRM) applications can look after every stage of the customer journey – from initial contact with a firm right through to after-sales support, ongoing communication, and helping encourage repeat sales.

Proofreading content: Where editing content takes significant skill and time, the act of just checking copy for basic mistakes like typos, grammatical errors, or spelling mistakes is considerably simpler. The new version of Microsoft Word comes shipped with a new, more advanced grammar checker, while add-on apps like Grammarly make proofreading a breeze for authors and writers in all disciplines. Indeed, Grammarly can even check your emails, social media posts, etc., for mistakes – all done on-the-fly, in real-time.

Courier and delivery services: You’ve likely already heard of Amazon’s pioneering work in courier drone systems that eliminate the bothersome ‘final mile’ problems encountered by so many firms – but this really is the tip of the iceberg when it comes to the future of delivery. Very soon, we’re likely to see the launch of self-driving, automated vehicles (these are already well underway and almost at the final testing phase). Along with manufacturing, the delivery sector is likely to see the greatest transformation through tech in the years to come.

The military: While it might seem a slightly scary prospect to have robot soldiers, advances are being made so quickly in this field that as early as 2030, robots could make up as much as 25% of the British army. Autonomous systems are already being widely used by armies around the world for tasks such as surveillance and intelligence. This trend will only continue as systems and machines become yet more sophisticated and capable. Tomorrow’s military services could well end up robotic – just like those seen in sci-fi films of the past.